Harmony with Communities—Contributing to Promotion of Art and Culture

Established to promote art and culture, the Daikin Foundation for Contemporary Arts supports a wide range of activities by the National Museum of Art, Osaka (NMAO), including exhibitions, academic research, lectures, and publications.

Overseas as well, we support local culture through the sponsorship of music festivals and other events.

The Daikin Foundation for Contemporary Arts

The world's outstanding artistic and cultural works transcend national borders. Daikin Industries, Ltd. is committed to bringing the joy of these works, and the creativity they inspire, to a wider audience. This desire has compelled Daikin to focus on promoting art and music.

In March 1996, Daikin Industries, Ltd. established the Daikin Foundation for Contemporary Arts to mark the company's 70th anniversary on October 25, 1994. In the foundation's first year, Daikin Industries, Ltd. donated ¥200 million for the basic fund, followed by another ¥200 million after three years. With another donation of ¥100 million in 2004, Daikin's 80th anniversary, total founding so far amounts to ¥500 million.
The foundation supports a wide range of projects by the National Museum of Art, Osaka (NMAO), including exhibitions, research and lectures.

In April 2013, the foundation became a public interest incorporated foundation. Daikin will continue to aggressively carry out foundation-sponsored activities with the aim of energizing the culture and arts of Osaka, the birthplace of Daikin Industries, Ltd. 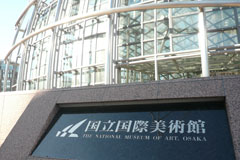 The National Museum of Art, Osaka 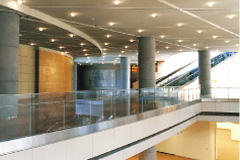 The National Museum of Art, Osaka

Daikin Industries, Ltd. supports the Osaka-based Kansai Philharmonic Orchestra. Formed in 1970, it became a specified nonprofit corporation in 2003. In 2014, it became an authorized NPO corporation and from July 2018 it has been active as a public interest foundation corporation. The year 2020 marked the 50th anniversary of the orchestra. The orchestra is an integral member of local society, giving community concerts at its practice hall and hiring as many local musicians as possible.

Since 2004, Daikin Chairman of board Noriyuki Inoue has been a director on the orchestra's committee, and Daikin Industries, Ltd. has sponsored concerts by the orchestra in Kyoto, Hyogo, Nara, and Daikin's home base of Osaka. 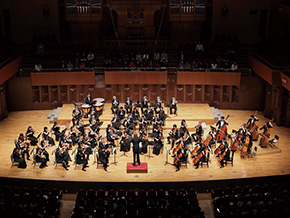 Daikin (China) Investment Co., Ltd. has held an annual concert since 2007 with the aim of promoting arts and culture.

Daikin Device Czech Republic s.r.o. donated 20,000 koruna to Brno-Slatina City Hall in support of the summer festival hosted by the mayor of Brno-Slatina. 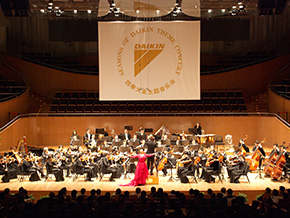 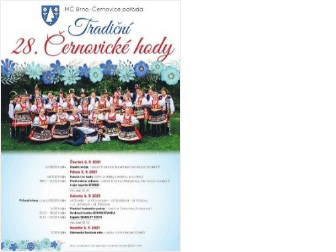 Poster of the summer festival in the Czech Republic