From daily necessities including watches and cooking utensils to automobiles, railroad cars, and even prosthetic legs that effectively incorporate cutting-edge technology for use in robots and by para-athletes, the ubiquitous designs of Professor Yamanaka span all categories of genres. Likewise, the Institute of Industrial Science at The University of Tokyo has been further expanding the design field by using prototyping to socialize the latest technology under research. Building on our last conversation, we asked Professor Yamanaka for his thoughts on how the relationship of air and people could further deepen in the future.

Why is air transparent?

In his university laboratory, Professor Yamanaka continues to search for ideas utilizing cutting-edge technology for life in the future. When asked about his concept of the relationship of air and people in the future, he replied unexpectedly with a question.

Yamanaka:
Have you ever wondered, “Why is air transparent?” If asked that, most people would probably reply, “Isn’t it because air is transparent?”

A more precise explanation for why air is transparent would be the development of the human eye in adapting to light in the visible light spectrum, which has the most transparent colors. This is because human survival depended on our seeing surrounding objects as far as possible. Adaptation is also why living creatures have acquired sensory organs that can perceive wavelengths in the spectrum to the highest possible degree.

Conversely, transparent air is meaningless to living creatures inhabiting the soil. To them, the soil has to be transparent. In that case, rather than visible light, these organisms have developed a sensitivity to the vibrations and sounds that are easily conveyed in the soil. The organs that can be called their eyes and ears serve to make the soil transparent. Similarly, we have developed sensors that have adapted to air. In other words, the order is that our eyes began seeing air as being transparent. When we ask ourselves, “Why is air transparent?”, we may think it is because it doesn't reflect light or because it transmits light, but the truth is that our eyes have adapted to making it appear that way.

Since our eyes developed to see through air over a distance, the order for the question of “How can we convey the invisible air?” becomes considerably reversed. To perceive air, we must resort to a completely different sensor. While we all think that temperature, humidity, and wind are invisible, that opinion would change if the air were dirtier and we had to adapt to cloudy conditions with very little sun. That would force us to perceive air in a totally new way. Future of air conditioners based on change

Professor Yamanaka has presented an entirely different perspective on air. From that vantage point, what does he see as the future of air conditioners?

Yamanaka:
As long as we are comfortable, we don’t have to perceive temperature and humidity. If conditions are comfortable to us, then these elements become “transparent.” However, when conditions become unpleasant due to an extremely low temperature or high humidity, then our perception toward air changes: “It’s hot (or cold),” “It’s damp today,” or “The wind is too strong to open for my eyes.” Consequently, air only exists as something that we perceive when we feel uncomfortable.

Air conditioners have basically eliminated discomfort to the extent that we think that being unaware of air is the ideal. However, this may not be the case in the future. Being made to perceive air may become a source of active fun. For example, in the event of a change. One school of thought is that as long as an air conditioner keeps us comfortable then everything is okay. But if some change were to occur and enrich our lives, which organs do you think would be stimulated to make the change positively felt? It probably wouldn’t be our eyes. We are at a place in which we need to start thinking about that.

Human beings are living creatures who have adapted best when they are unaware of the medium of air; so, would it be ideal to create a comfortable situation that never changes? I certainly feel that it is one ideal. For those who say it would be perfect, having an air conditioner would be great for you. Still, if you want to think of a different value, then it might be better to base it on a change that you can perceive. How would you distinguish temperature changes? Would it be when the airflow contacts your body? That would involve the sense of touch. That’s how we will think about it. Encountering air will be different than before

The observations of Professor Yamanaka will be further developed for the relationship of air and people in the future.

Yamanaka:
For example, birds encounter air in a distinctly different manner than we do. Air is a mechanical “medium” to birds. In other words, it occupies the same place to them as the ground does for us. So, are there any situations in our lives that give us that sensation?

Surprisingly, these situations do exist. For example, when we see ribbons fluttering and curtains swaying, those are the moments when we see air working dynamically. While we don’t have wings or bodies light enough to take advantage of air, there are times when we can observe such a feeling. Instances helping us to experience air include such things as wind chimes. It would probably be better to think of a new approach that differs from that.

For example, if we had a sensory organ that allowed us to perceive where and how air is circulating, we wouldn’t need to wear a mask and could avoid aerial viruses. Unfortunately, avoiding viruses is not possible since our eyes have not adapted to seeing them. Technology may make it possible. If CO2 sensors are properly placed in spaces and we wear googles to visualize viruses in the air, then we would know when “it’s safe because the virus isn’t coming here.” Obviously, this sort of talk is still only a fantasy, but I think that the future method for handling air involves speculating on a way to make us perceive air as much as possible now. 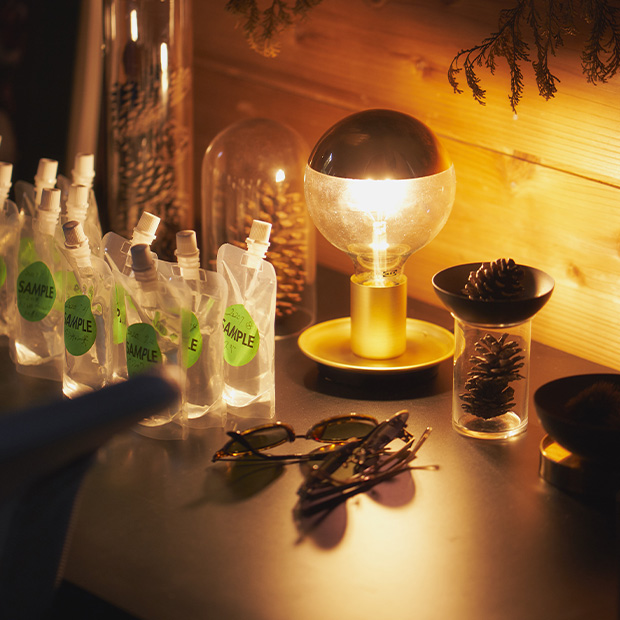 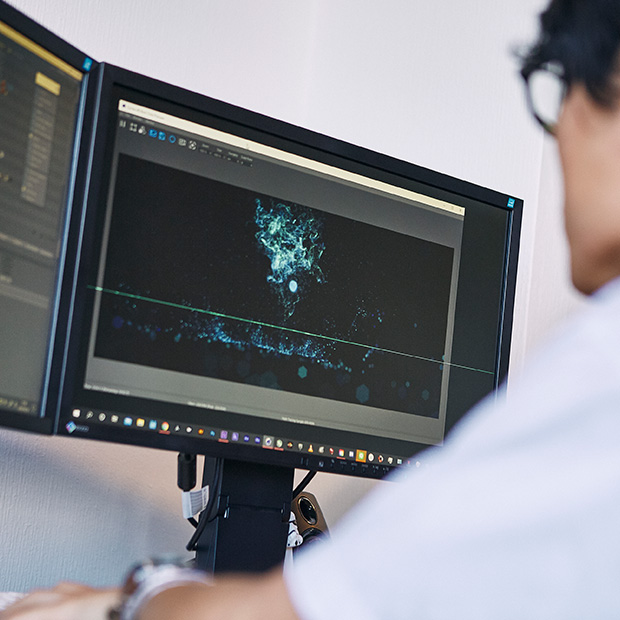 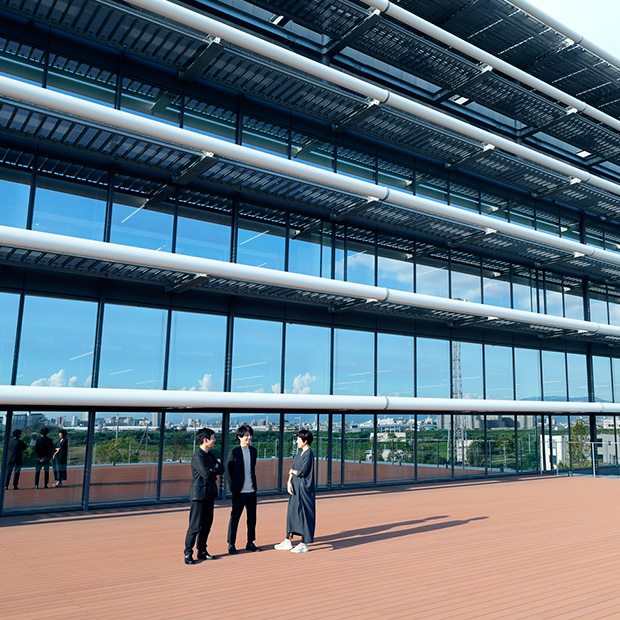