DAIKIN presented the installation called "HALF ROOM" at the international trade fair of housing space/interior décor "LIVING & DESIGN 2017", under the direction of Mr. Eiji Yoshida of BALLON. This was the second year Mr. Yoshida directed our exhibit.

Based on DAIKIN's mission of "turning the invisible air into an adored material," the "HALF ROOM" described how the air "bridges one space and another".

The walls of air dividing the space was shown with 8,000 mobiles.
They caught the air flowing in the space and started to move lightly.
The air serving as the partition and the connector of space was the key element in the structure of this space.

It was the ideal room-scape DAIKIN orchestrated. 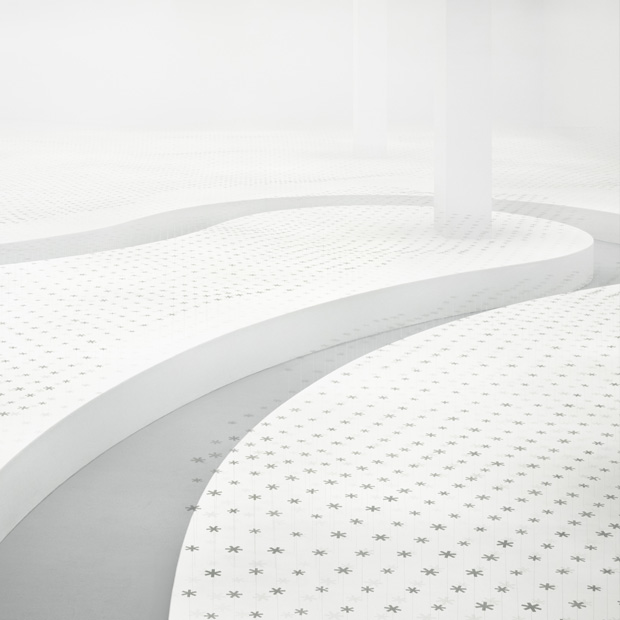